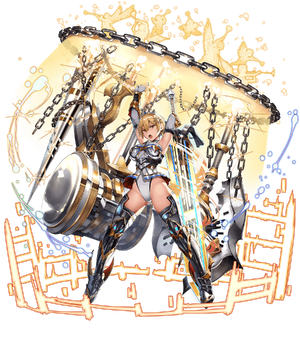 She Who Bears Many Blades Alva is a black weapon master.

Gae Curruid is a reference to Gae Bulg, the spear of the Irish mythological hero Cú Chulainn. The spear is said to have been made from the bone of a sea monster, the Curruid, that had died while fighting another sea monster, the Coinchenn.
Wikipedia

Dunscaith Castle, also known as Dun Scaich, Dun Sgathaich Castle and Tokavaig, is a ruined castle on the coast of the Isle of Skye, in the north-west of Scotland. The castle is featured in the Ulster Cycle of Irish mythology as the place where Scáthach the Shadow, legendary Scottish warrior woman and martial arts teacher, trained the hero Cú Chulainn in the arts of combat. The Irish name for the fort, Dun Scathiag, was named after her.
Wikipedia 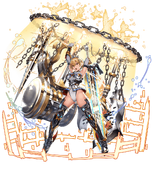 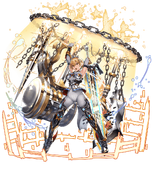