Angeline
アンジェリーネ
Anjerīne
Profile 3
Character & Story Works 3
EnglishEnglish · JapaneseJapanese
hide profile
A descendant of the White Empire's royal family since the days when the monarchy was yet established. However, regardless of what noble lineage one is in, it is insignificant in the eyes of the Empire that values only valor. In order to demonstrate her abilities, she became a princess who fights with the sacred scythe she inherited from the royal family. The other reason is so she can attract her beloved White Emperor, who doesn't seem to notice her efforts yet as he is interested in nothing else but fighting.
白の帝国がまだ王制を敷いていた頃の王家の末裔。だがどんな高貴な血筋であろうと、武勇を重んじる帝国内では意味がない。実力を示すため、王家に伝わる神鎌を手に戦うプリンセスとなった。それは愛しい白の皇帝の気を引くためでもあったが、戦い以外に興味のない彼を振り向かせることは未だできずにいる。
BaseBase · AWAW · AW2v1AW2v1 · AW2v2AW2v2 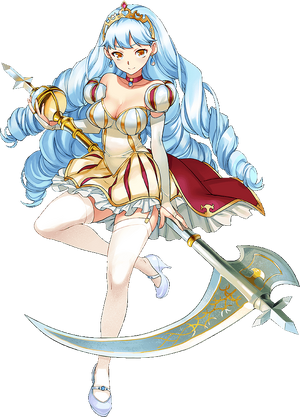 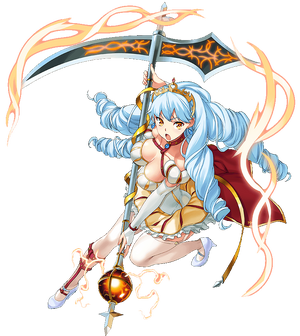 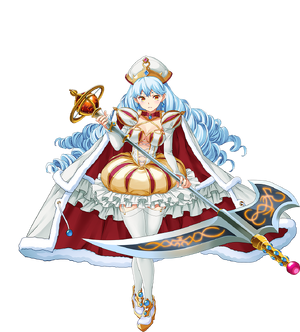 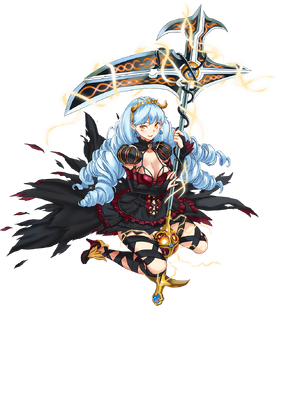 Angeline is a black princess.

0% Prince, let's deepen our friendship steadily.
15% Being a princess is impossible if you're not strong.
30% I'm relieved by your way of thinking. I'm looking forward to the life here.
50% I'm fond of this weapon. After all, doesn't it look like one of a Death God?
60% Even though it was my first time...you don't even tell me any impressions.
80% For me, even now regarding the Emperor...
100% You even love someone like me. You are a really gentle person.
Adjutant Fufu, this is the first time in my life taking someone's orders♪

The harpē (ἅρπη) was a type of sword or sickle; a sword with a sickle protrusion along one edge near the tip of the blade.

The harpe is most notably identified as the weapon used by Cronus to kill his father, Uranus. It had a flint or adamantine (diamond) blade, and was provided to Cronus by his mother, Gaia. Due to their uglyness Uranus had cast he and Gaia's children the Cyclops and Hecatonchieries into Tartarus. This enraged Gaia, who plotted Uranus' downfall. Gaia asked each of her children to rise up against Uranus and kill him, but was refused by all but the youngest, Cronus. So, Gaia provides him with a blade, (a harpe, sickle or scythe); and when Uranus next came to lay with Gaia. Cronus leapt up into action and castrated his father, overthrowing him and driving him away forever. Thus the blade, (either a harpe, sickle or scythe), became a symbol of Cronus' power.
Wikipedia 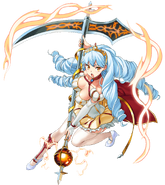 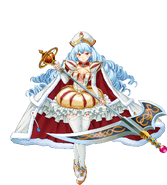 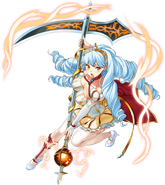 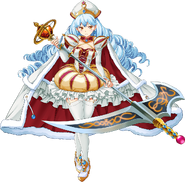 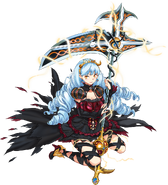