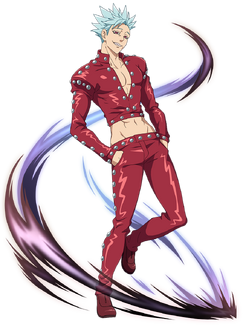 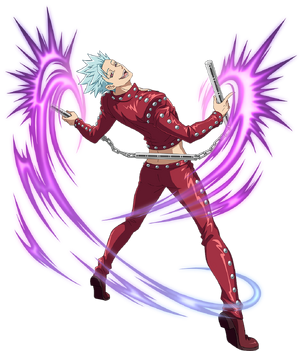 Ban「バン」 is the Fox's Sin of Greed of the Seven Deadly Sins. After the group's disbandment, Ban was initially imprisoned in the Baste Dungeon, but escaped when he discovered that Meliodas was still alive. His Sacred Treasure is the Holy Rod Courechouse. On top of being immortal, he is known for his ability, Snatch. 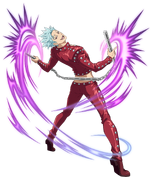 Add a photo to this gallery
Retrieved from "https://aigis.fandom.com/wiki/Ban?oldid=167170"
Community content is available under CC-BY-SA unless otherwise noted.