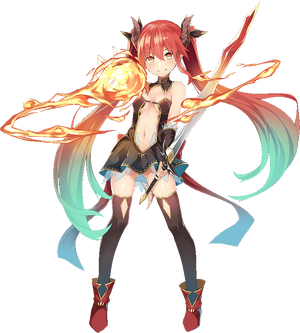 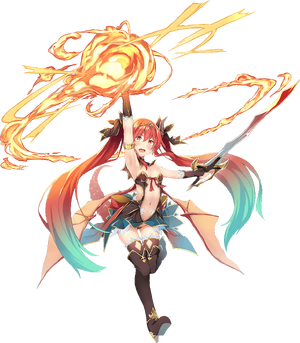 "I'm hungry~. Are there any fried apples?"

Durendal or Durandal (most likely from the French durer, "to endure") is the sword of Charlemagne's paladin Roland in the genre of literature Matter of France.
Wikipedia

Durindana is an alternative spelling of Durandal.
Source 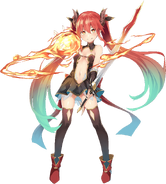 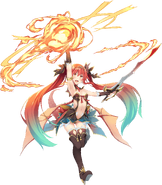 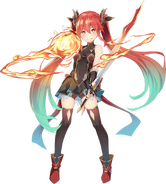 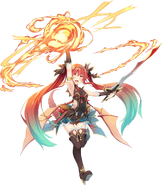