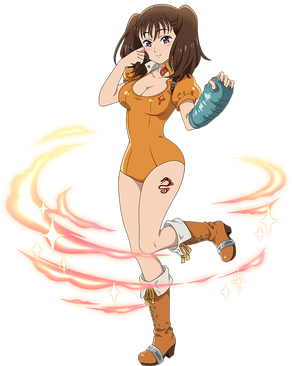 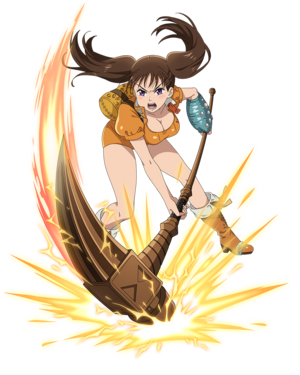 Diane is a platinum Giant (7Sins).

Diane「ディアンヌ」 is the Serpent's Sin of Envy of the Seven Deadly Sins. She is a member of the Giant Clan, and is thus much larger than ordinary people, including her fellow Deadly Sins. Her Sacred Treasure is the War Hammer Gideon, which she uses in conjunction with her inherent power, Creation.

Add a photo to this gallery
Retrieved from "https://aigis.fandom.com/wiki/Diane?oldid=167173"
Community content is available under CC-BY-SA unless otherwise noted.