The plot revolves around the race known as the dragonfolk, which is making preparations for all-out war. The Prince, with the help of Aria, must defend the kingdom against the army of beasts.

This was a star rush type event in which the player earned rewards by completing missions and earning stars. Rewards were awarded after the event finished.

During revivals, the normal star rush rewards are no longer available. Instead, players can gather Time Crystals (TC) that can be exchanged for event units in the trading post. Time Crystals drop from event maps in addition to previous drops.

Note that the reduced price for units is only available if a copy of the unit is already owned -- it doesn't help if you had the unit before but lost it (e.g. by discharging or using as a combination material). This is particularly notable for Drania, as he will be lost if he is used to create Anya.

Also note that these same units will be available during the revival of Return of the Dragon Princess (and still only one Fleur may be purchased between both events).

Enemies' HP and melee attack strength varies from mission to mission. Listed values are the maximum values that occur in this event. 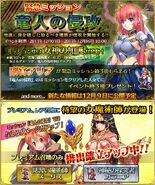 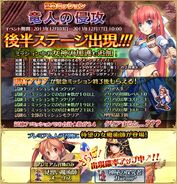 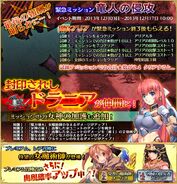 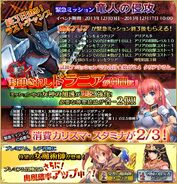 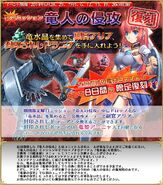