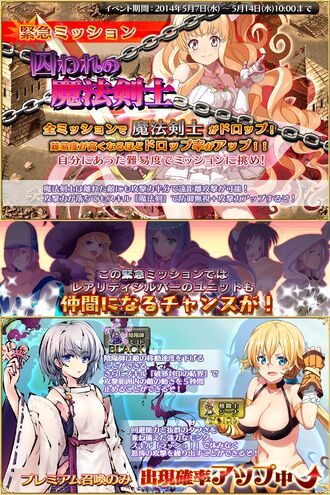 The plot revolves around Charlotte, a magic swordswoman who is being pupeteered by the King of the Dead, a lich who controls the dead and the (captured) living alike as he invades the lands with his army. 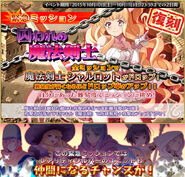 Revival banner
Add a photo to this gallery
Retrieved from "https://aigis.fandom.com/wiki/Imprisoned_Magic_Swordswoman?oldid=83314"
Community content is available under CC-BY-SA unless otherwise noted.