Edit
Burst Gun Recruit Kanon
爆砲の新兵カノン
Baku-Hō no Shinpei Kanon
Profile 2
Character & Story Works 2
EnglishEnglish · JapaneseJapanese
hide profile
A girl who attended the gunnery academy. However, in the midst of her studies the academy was destroyed by a monster attack, and as a result she joined the royal army as a half-fledged recruit. Her seniors that managed to graduate from the academy safely, Gunner Mel and Flash Gunner Janna, pamper her whenever they have the chance. Her favorite goggles were a hand-me-down from Mel. Because she often accidentally discharges her cannon, she's been nicknamed 'Burst Gun'.
砲術士の士官学校に通っていた少女。しかし在学中に魔物の襲撃で学校は破壊され、半人前のまま新兵として王国軍に入った。無事学校を卒莱した先輩に砲術士メルや閃の撃砲ジャンナたちがおり、今でもかわいがってもらっている。愛用のゴーグルはメルのお古。よく大砲を暴発させていたことから、爆砲の二つ名がついた。
BaseBase · AWAW · AW2AW2 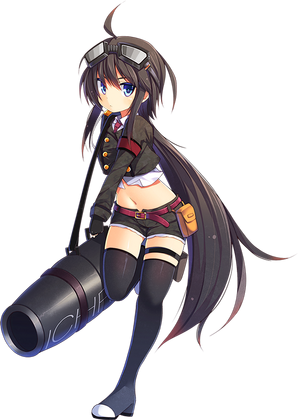 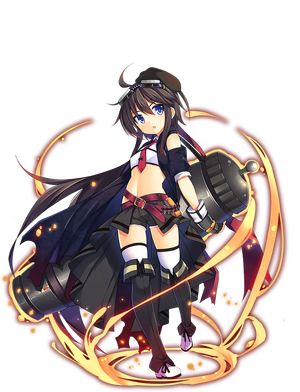 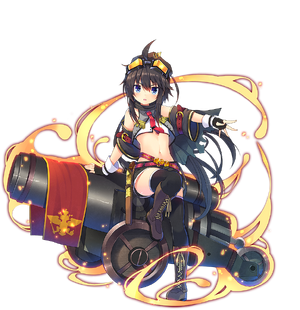 "With this cannon, I'll blow them to the ends of the earth."

0% With this cannon, I'll blow them to the ends of the earth.
15% Everything I've learned at the Gunnery Academy has been useful.
30% I can't just keep dwelling over it. I can only move forward.
50% You're quite easy to understand, Prince.
60% It seems that I like flashy weapons, like cannons.
80% The pleasure of destroying monsters in a single blow... if you try it you'll become addicted too, Prince.
100% It's also of my own volition, but I'm here because you're here, Prince.
130% I'm not free right now. I'm doing maintenance on my cannon.
150% What do you prefer, Prince? To scatter the enemy in a single strike, or to attack slowly but steadily?
Adjutant I've been waiting, Prince. Now then, today's orders, please.

A carronade is a short, smoothbore, cast iron cannon which was used by the Royal Navy and first produced by the Carron Company, an ironworks in Falkirk, Scotland, UK. It was used from the 1770s to the 1850s. Its main function was to serve as a powerful, short-range, anti-ship and anti-crew weapon.
Wikipedia 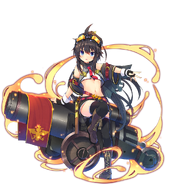