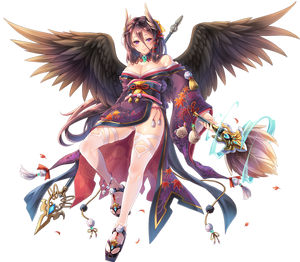 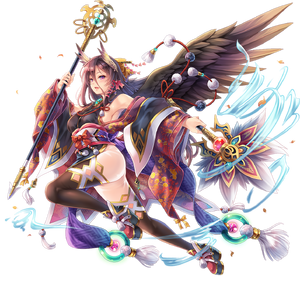 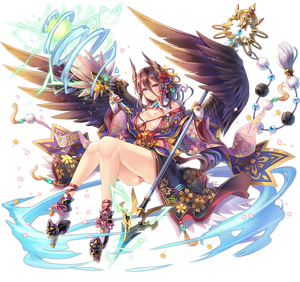 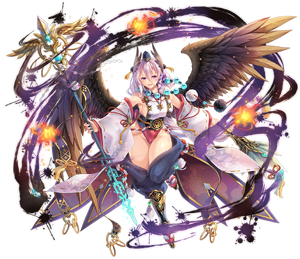 0% My name is Kurama. I am the heiress to the tengu village.
15% I've merely run away from home for a moment. My father was also quite angry.
30% It's because I've taken interest in you. I'll definitely have you grant me a son.
50% Father... until now, I've never seen him so furious...
60% Hmmm... so it's because human couples know each other well...?
80% So even if I do not receive a son, becoming your wife is still a possibility...
100% Prince, rely on me more. I shall strive to become a good wife.
Adjutant To order me to be your adjutant... and it seems you wish to caress my wings

Tengukakushi. Sometimes, the Tengu would abduct human beings, only to release them later, but the “lucky” survivor would return home in a state of dementia (called “Tengu Kakushi, meaning “hidden by a Tengu”).
Source, Wikipedia JP

Tengutsubute. Tengu tsubute is a phenomenon that happens to people usually when they are walking out in the mountains alone. All of a sudden, out of nowhere, a stone flies through the air and hits them!
Source, Wikipedia JP 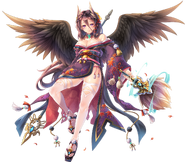 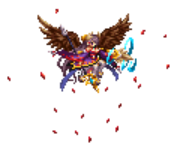 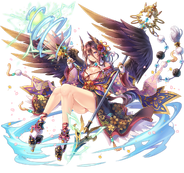 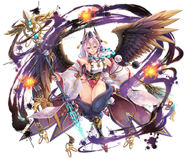 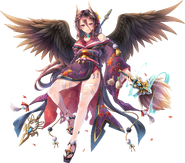 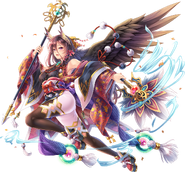 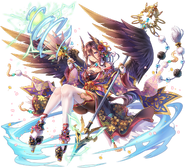 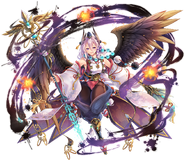