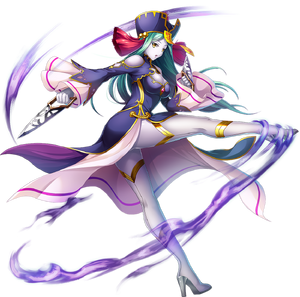 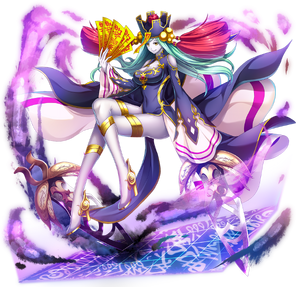 Corpse Daoshi Lan-Fa is a platinum jiangshi obtained from the Lingering Scent of Flowers that Remember the Deceased event.

0% I will never forget your kindness. Please use this power by all means.
15% I may not look it, but I'm good at kicking. Do you want to see it?
30% The abilities I've gained as a Jiangshi have made me stronger...How ironic.
50% To find someone like me attractive...Prince, you're truly a weird person.
60% But...if it bothers you, maybe we can become a little closer?
80% Um...My skin...Don't you dislike it because of how cold it feels?
100% I'll continue to protect this warmth...That's the path I've chosen.
Adjutant Destructive evils still exist. Come, let us head onward to a new battlefield.

A jiangshi, also known as a Chinese "hopping" vampire, ghost, or zombie, is a type of reanimated corpse in Chinese legends and folklore. It is typically depicted as a stiff corpse dressed in official garments from the Qing Dynasty, and it moves around by hopping, with its arms outstretched. It kills living creatures to absorb their qi, or "life force", usually at night, while in the day, it rests in a coffin or hides in dark places such as caves. 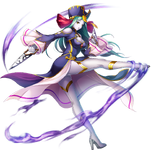 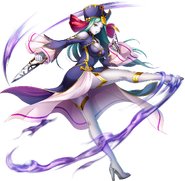 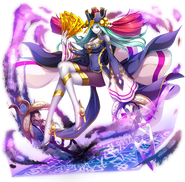 Add a photo to this gallery
Retrieved from "https://aigis.fandom.com/wiki/Lan-Fa?oldid=190702"
Community content is available under CC-BY-SA unless otherwise noted.