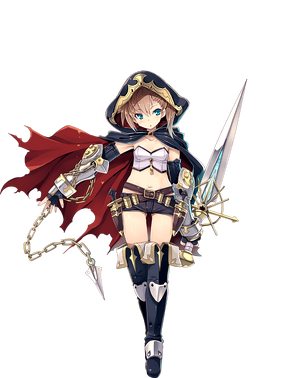 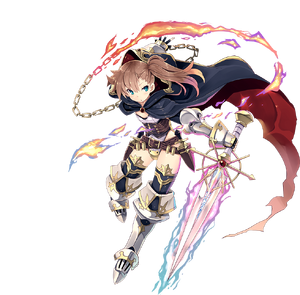 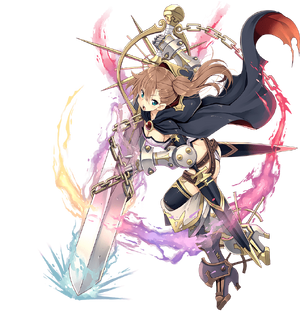 0% It's time for hunting beasts. Do not leave unless you want to die
15% Protect people from beasts. That is all I need to do.
30% Night is not just for beasts. They are those who hunt them
50% I'm waiting in the library tonight. Tell me a lot, a lot
60% I learned a new recipe so I'll make it for the prince tonight
80% Come to me when you can't sleep?
100% Prince's night is mine. ... My night is for the prince
Adjutant

Leyding (Loeðing) was the 1st of the 3 fetters made in order to bind Fenrir in the Norse Mythology.

"The gods prepared three fetters: The first, greatly strong, was called Leyding. They brought Leyding to Fenrir and suggested that the wolf try his strength with it. Fenrir judged that it was not beyond his strength, and so let the gods do what they wanted with it. At Fenrir's first kick the bind snapped, and Fenrir loosened himself from Leyding."

Dromi (Drómi) was the 2nd of the 3 fetters made in order to bind Fenrir in the Norse Mythology.

"The gods made a second fetter, twice as strong, and named it Dromi (Drómi). The gods asked Fenrir to try the new fetter, and that should he break this feat of engineering, Fenrir would achieve great fame for his strength. Fenrir considered that the fetter was very strong, yet also that his strength had grown since he broke Leyding, yet that he would have to take some risks if he were to become famous. Fenrir allowed them to place the fetter. When the Æsir exclaimed that they were ready, Fenrir shook himself, knocked the fetter to the ground, strained hard, and kicking with his feet, snapped the fetter – breaking it into pieces that flew far into the distance."
Wikipedia 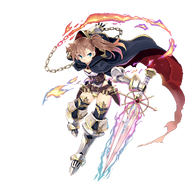 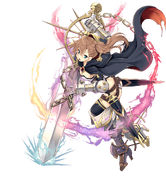 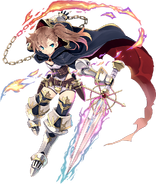 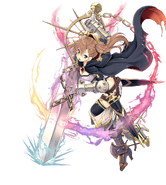