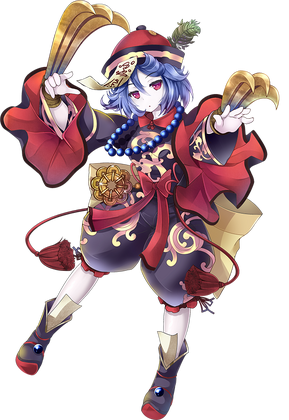 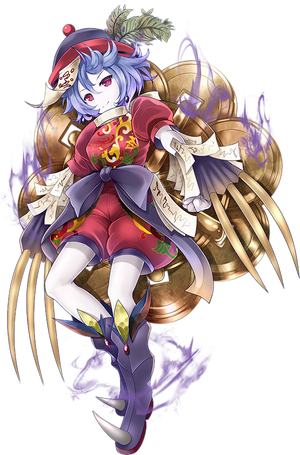 A jiangshi, also known as a Chinese "hopping" vampire, ghost, or zombie, is a type of reanimated corpse in Chinese legends and folklore. It is typically depicted as a stiff corpse dressed in official garments from the Qing Dynasty, and it moves around by hopping, with its arms outstretched. It kills living creatures to absorb their qi, or "life force", usually at night, while in the day, it rests in a coffin or hides in dark places such as caves. 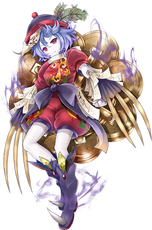 Add a photo to this gallery
Retrieved from "https://aigis.fandom.com/wiki/Lei-Mei?oldid=132820"
Community content is available under CC-BY-SA unless otherwise noted.