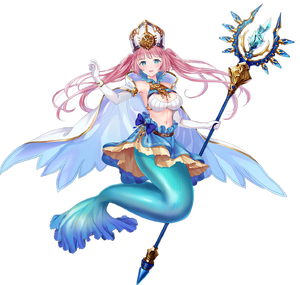 "I came from the Deep Sea. Thank you for your continued support ♪"

Lí Ban or Liban' (from Old Irish lí 'beauty', and ban 'of women', hence 'paragon of women'), in the legend surrounding the formation of Lough Neagh, was a woman turned mermaid who inhabited the area before the great lake gushed up on dry land. Her family was drowned, but she survived in an underwater chamber in the lake for a year, after which she was transformed into a being who was half-human, half-salmon...

The mermaid figure may ultimately derive from another Lí Ban, Sister of Fand, in Irish mythology.
Wikipedia 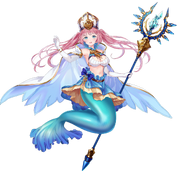 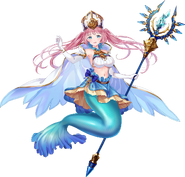