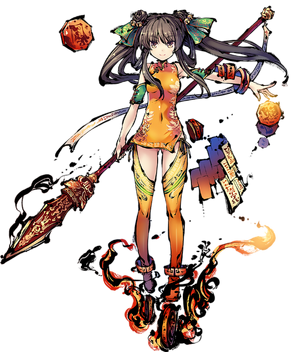 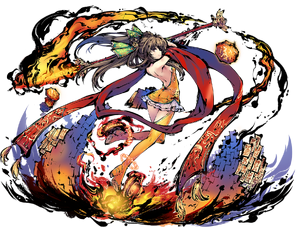 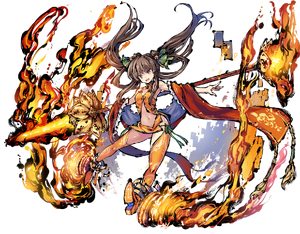 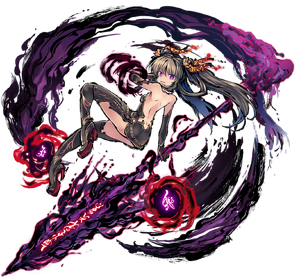 "They don't call me a hermit for nothing. Just leave it to me."

0% They don't call me a hermit for nothing. Just leave it to me.
15% I don't look like a hermit? I get that a lot.
30% The longer you live, the more people you lose.
50% No matter how long you live, it always hurts to lose someone.
60% As a hermit, I have a responsibility to pass down stories of the past.
80% Even knowing we'll part one day, I want to stand by your side.
100% I will love you, Prince. That's a promise.
Adjutant 今は仙人ではなく、君の副官さ。 何でも、ぼくに命令していいよ。

Nataku is the Japanese name for the Taoist deity Nezha. The Japanese refer to Nezha as Nataku or Nata, which came from the readings of Xiyouji or Seiyuki (西遊記) in Japanese. Nezha is worshipped in Chinese folk religion and is called "Marshal of the Central Altar" (Chinese: 中壇元帥) or "Prince Nezha", the "Third Prince".
Wikipedia 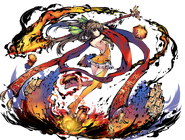 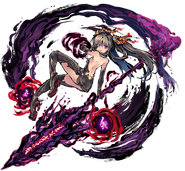 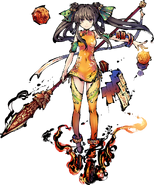 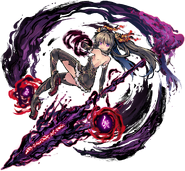 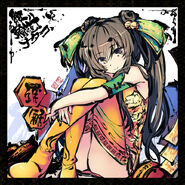