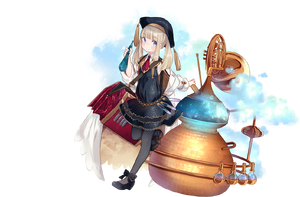 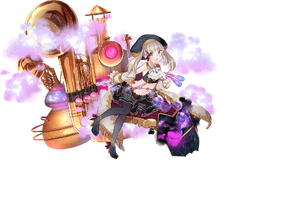 Rubedo is a Latin word meaning "redness" that was adopted by alchemists to define the fourth and final major stage in their magnum opus. Both gold and the philosopher's stone were associated with the color red, as rubedo signaled alchemical success, and the end of the great work. Rubedo is also known by the Greek word iosis.
Wikipedia

In alchemy, an athanor is a furnace used to provide a uniform and constant heat for alchemical digestion. Etymologically, it descends from a number of Arabic texts of the period of the Califate which use the term "al-tannoor" in talismanic alchemy, meaning a bread-oven, from which the design portrayed evidently descends.
Wikipedia