Holy Spirit of the World Tree Ratatoskr is a black herbalist.

Quotes - highlight the pink lines to see them.

In Norse mythology, Ratatoskr (Old Norse, generally considered to mean "drill-tooth" or "bore-tooth") is a squirrel who runs up and down the world tree Yggdrasil to carry messages between the eagle perched atop Yggdrasil, and the serpent Níðhöggr, who dwells beneath one of the three roots of the tree. Ratatoskr is attested in the Poetic Edda, compiled in the 13th century from earlier traditional sources, and the Prose Edda, written in the 13th century by Snorri Sturluson.
Wikipedia 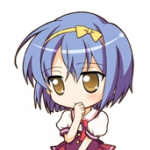