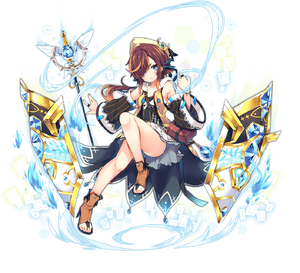 She Who Harbors Sorcery Rawal is a black magical lifeform.

Rawal (also spelled Raval) or Raol originally is a regional variation of the Hindi princely ruler title Raja/Radjah (literally "king") used in some princely states in Rajputana and Western India (notably Gujarat), and is now also used as a caste designation or surname by several communities in Southern Asia.
Wikipedia

In a full narrative version called [A]oidhe Chloinne Tuireann (The Fate of the Children of Tuireann), from copies no earlier than the 17th century, Lugh demands the spear named Areadbhar (also Ar-éadbair or Areadbhair (Early Modern Irish: Aꞃéadḃaiꞃ)) which belonged to Pisear, king of Persia, that its tip had to be kept immersed in a pot of water to keep it from igniting, a property similar to the Lúin of Celtchar. This spear is also called "Slaughterer" in translation.
Wikipedia 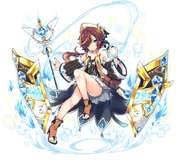 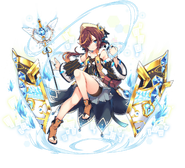