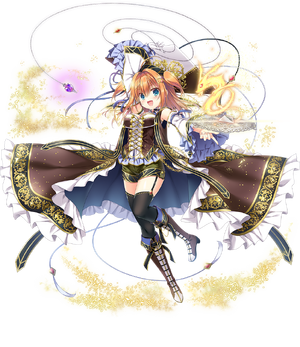 She Who Molds the Earth Sanara is a black geomancer.

Alaunus or Alaunius was a Gaulish god of healing and prophecy. His name is known from inscriptions found in Lurs, Alpes-de-Haute-Provence in southern France and in Mannheim in western Germany. In the latter inscription, Alaunus is used as an epithet of Mercury. The name of this deity is also found as a placename both of sites and rivers.
Wikipedia

Add a photo to this gallery
Retrieved from "https://aigis.fandom.com/wiki/Sanara_(Black)?oldid=182777"
Community content is available under CC-BY-SA unless otherwise noted.