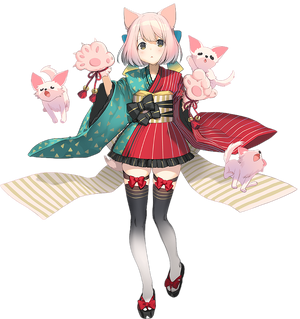 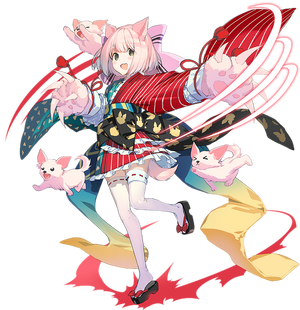 Inugami Shiro is a black inugami.

Inugami (犬神, "dog god/spirit"), like kitsunetsuki, is a spiritual possession by the spirit of a dog, widely known about in western Japan. In descriptions of an inugami's appearance, it is said that they have a somewhat large patch of color around the size of a mouse, and they have split ends on their tail, and as they were a species of talpidae, their eyes cannot be seen, and moved in single file one after another. Families that had inugami were thought to have prospered and grew wealthy. At the same time, there were also cases where they were not treated like fox spirits that brought fortune into families by being deified, but rather detested as curse gods.
Wikipedia

Add a photo to this gallery
Retrieved from "https://aigis.fandom.com/wiki/Shiro?oldid=177907"
Community content is available under CC-BY-SA unless otherwise noted.