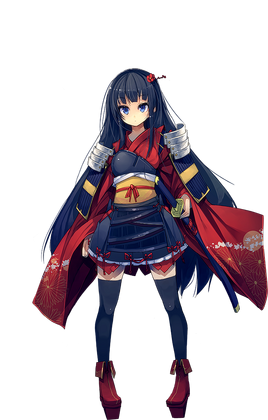 Note: Despite the name, Shizuka is not a princess and can't ignore armor.

Muramasa Sengo was a famous swordsmith who founded the Muramasa school and lived during the Muromachi period (14th to 16th centuries) in Japan. Oscar Ratti and Adele Westbrook said that Muramasa "was a most skillful smith but a violent and ill-balanced mind verging on madness, that was supposed to have passed into his blades. The swords of Muramasa are often contrasted in Japanese media with those of Masamune, another Japanese swordsmith who lived some 300 years earlier, around 1264–1343 AD.

It has also been told that once drawn, a Muramasa blade has to draw blood before it can be returned to its scabbard, even to the point of forcing its wielder to wound himself or commit suicide. Thus, it is thought of as a demonic cursed blade that creates bloodlust in those who wield it.
Wikipedia