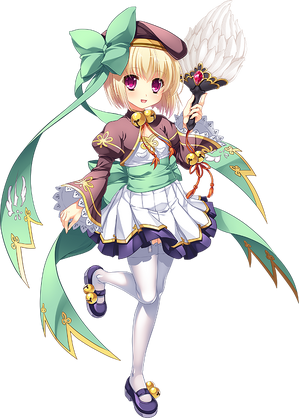 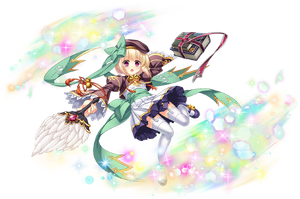 Shokatsuryou is a black strategist (Koihime).

0% Hawawa!? Is this...another world?
15% Even in this world, it seems that the fighting has been going on for a while...
30% Being on good relations with even the bandits and thieves...The Kingdom really is amazing.
50% Sweet things...Sweets...I won't return home until I remember how to make them!
60% Ehh...? That child's fan...It looks exactly like my feather fan...?
80% These sweets are too delicious~ As expected of the Prince's recommendation~
100% I'm sure we'll be able to fight again someday. Please don't forget my real name, okay?
Adjutant Hawaa, a strategic meeting? It'll be fine, leave it to me!

The Stone Sentinel Maze was an array of rocks and boulders thought to be conjured by Zhuge Liang based on the concept of the bagua. The formation was located on Yufu Shore (魚腹浦) by the Yangtze River near present-day Baidicheng, Chongqing, China, where supposed ruins of the array exist. In folklore, when the Yangtze River rises in summer, the formation is submerged, but in autumn, the array resurfaces, with the rocks and boulders still left intact in their original positions.

Along with Da Liu Ren and Tai Yi Shen Shu it is one of the collective Three Arts or Three Styles (三式 sān shì), China's highest metaphysical arts.

Add a photo to this gallery
Retrieved from "https://aigis.fandom.com/wiki/Shokatsuryou?oldid=157271"
Community content is available under CC-BY-SA unless otherwise noted.