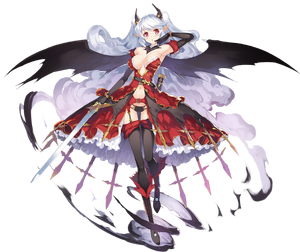 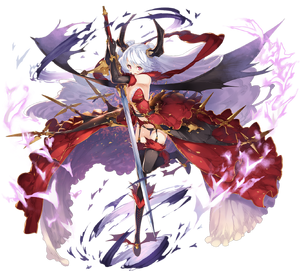 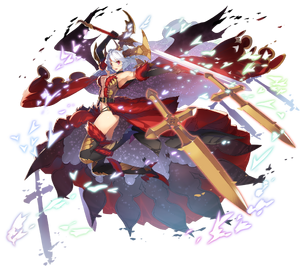 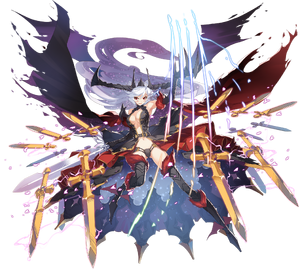 0% I, who have awakened from my deep slumber, will now show you my power.
15% Eeh?! Can I not sleep together with the prince?
30% Prince, how can I make you fall for me...?
50% A while back, I had Alissa teach me how to make a stuffed doll♪
60% If I drink blood from a human that isn't you...would you be jealous?
80% Hey, prince. If I were to suck blood from you, from where you want it to be?
100% By dedicating myself to the prince, one day I will make you say it.
Adjutant Um, prince. Instead of an adjudant, I would like you to treat me as a princess.

Hrunting was a sword given to Beowulf by Unferth in the ancient Old English epic poem Beowulf. Beowulf used it in battle against Grendel's Mother.

However, although the sword possessed great power and was claimed to have never failed anyone who used it, when Beowulf descended to the bottom of the lake to fight Grendel's mother, the sword proved ineffective. As the "fabulous powers of that heirloom failed," Beowulf was forced to discard it.
Wikipedia 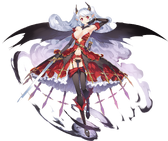 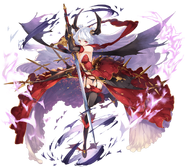 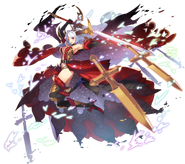 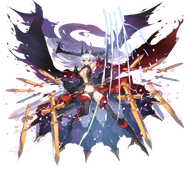 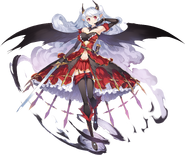 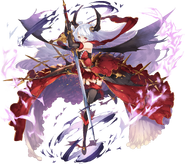 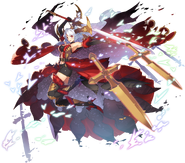 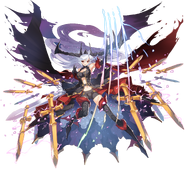