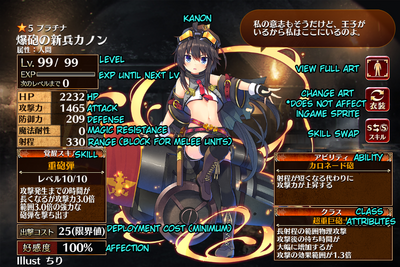 This page will attempt to explain the various stats of units in the game. Note that these apply to both allied units and enemies.

Retrieved from "https://aigis.fandom.com/wiki/Stats_Guide?oldid=176037"
Community content is available under CC-BY-SA unless otherwise noted.