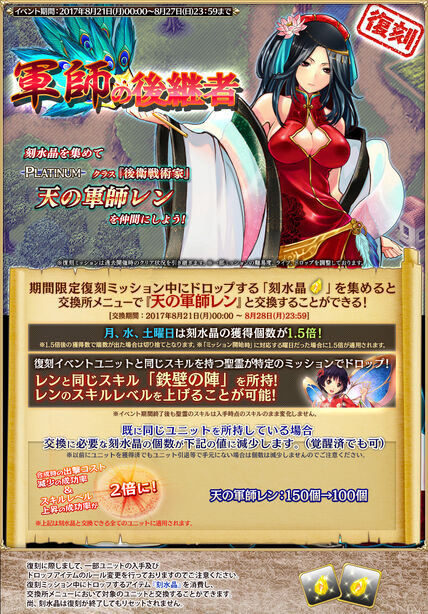 The story revolves around Len, the daughter of a famous strategist who once served in their homeland. The pair was attacked by monsters, and Len barely escaped with her life, at the cost of her father's. She enlists the Prince to retrieve her father's Strategy Book, but the monsters seem to be learning from it...

Players must collect strategy book drops from the available maps. The total number of strategy books determines the reward.

Revival Marathon 3 Banner
Add a photo to this gallery
Retrieved from "https://aigis.fandom.com/wiki/The_Strategist%27s_Successor?oldid=152700"
Community content is available under CC-BY-SA unless otherwise noted.