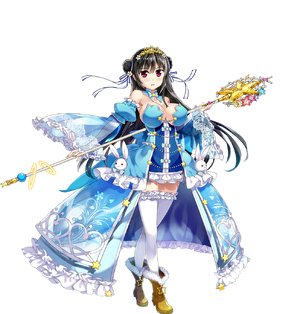 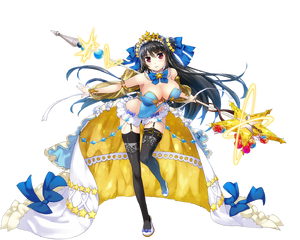 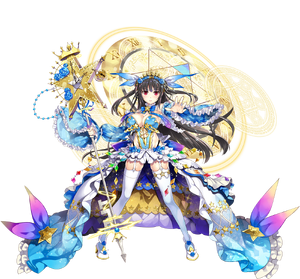 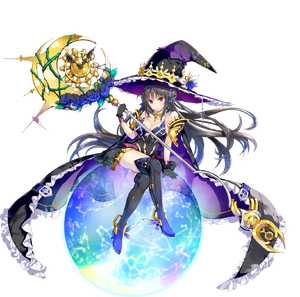 "Allow me to show you the power as the Lord of Time."

Arbiter of Time Towa is a black chrono witch.

0% Allow me to show you the power as the Lord of Time.
15% If the world is going to run rampant with demons, I would rather...
30% Rabbit plushie, s-so cute...
50% My chest gets hotter when I see the Prince fighting.
60% Even if witches were to be ostracized, I must do what I must do.
80% Because I have the power, I also have the associated responsibility.
100% Please allow me to walk with you as you leave your name in history.
130% 可愛いものを見ると、自然に頬が緩んでしまうのです……。
150% 今日も、私を傍に置いてください。王子の時間を独り占め……です♪
Adjutant I will lend you the power as the Lord of Time. Prince, please order me.

Towa: "My family line have been Chrono Witches for generations."

Towa: "As the daughter of the family head, and the successor of the next generation, I must bring my clan together."

When I asked about her family, Towa answered me matter-of-factly.

A witch that controls time and space...... It felt like the things resting on her shoulders were a heavy weight, much greater than I imagined.

Towa: "In order to be an example for everyone, I must be prepared at all times......"

Right when she said that, a kitten leapt out from the overgrowth.

The kitten itself was also surprised by our presence, and was gone just like that, but at that time, these words slipped from Towa's lips.

I was surprised by the words I couldn't imagine coming from the usually cool Towa, and turned to look at her.

When I did that, Towa noticed my gaze, and returned to reality with a gasp.

Her cheeks turning crimson, Towa attempts to compose the words to deny her prior utterance.

Seeing her in that state, I tell her there's no need for her hide it.

Resigning herself, Towa spoke in a whisper.

Towa: "But I must always be on my guard. As the successor of my clan, I have to always be dignified......"

I tell Towa, who was trying to withdraw into her shell again, that she can show her true self in front of me.

She had a surprised look on her face listening to my words, but it slowly turned into a cheerful one.

She whispers that pitifully into my ear. I return a nod.

Towa: "My clan has been hated by everyone around us."

Towa: "The word 'witch' was all it took to frighten the surrounding residents."

She said that and covered her face in sorrow. Someone told me that those versed in magic tend to lead lonely lives.

Especially ones with unique abilities like her, perhaps she instilled awe in those around her.

Towa: "Those who have, and those who have not. The world is composed of those two. That was my grandmother's favourite saying."

Towa: "Those who have must also shoulder their own responsibilities. If one were to wield power, an adequate compensation is necessary."

Towa: "I didn't understand it when I was young, but now I feel like I understand the meaning of those words."

When she looked at the wand that was her weapon, she tightened her grip on it.

Towa: "To be honest, supposing this kind of world were to become infested with monsters, I thought about how much I wanted to stop all time and leave it that way."

Towa: "But during that time, I met the Prince. The Prince showed me the possibility of a bright future."

When she swung her wand, something sparkled like a star falling from the sky.

It sparkled like a jewel, and when I touched it, I felt a warmth that was trying to fill my heart.

Towa: "I will continue walking towards the time of a bright future with the Prince from now on. I want to continue whittling away the same time by the Prince's side......"

This star-like brilliance, swooping down like it was trying to wrap around the two of us, felt like it was blessing us with a bright future.

When I called out to to her as she stood there looking around the area, she raised her voice in surprise.

When we talked, it sounded like she saw the kitten from earlier near here.

It seems she's been looking for that kitten so she could meet it again.

As she happily talked to me, I heard a 'Nyaa' from behind.

When I turned around, there stood an adorable kitten underneath the shade of some plants.

When she slowly approaches it, the kitten shrinks back as if it was wary of her.

However, did it sense that Towa bears no ill will? When Towa reached out her hand, the kitten slowly approached.

When she stroked its throat, she smiled cheerfully as the kitten purred happily.

However, at that moment, Towa noticed something.

Towa: "This cat... has a small wound on its foreleg. I'll have to treat it at once."

When she took out the handkerchief she was carrying with her, she gently wrapped it around the kitten's foreleg.

Towa: "Furthermore...... I was wondering this earlier, but where do you suppose this cat's parents are......?"

I tried looking around, but see no sign of any other cats.

Perhaps it strayed from the mother cat, or it has been abandoned.

With that, she stood up as she made up her mind.

Well, as many others are raising cats, I don't feel any need to stop her, but...

While stroking the kitten that already settled into her arms, her expression relaxed.

I wondered why she was dumping that responsibility onto me. When I told her a name I thought was suitable, she seemed to like it.

Towa: "Let's go with that name! Fufu, I'm going to have the others, who've been raising cats, teach me all sorts of things......"

Seeing her smiling happily like this, I didn't see anything but a normal girl.

I gazed at her while thinking that, hoping her life together with the cat turns out well.

——Many days later. Towa's favourite stuffed bunny fell prey to the kitten's claws, but that's a story for another day. 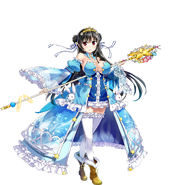 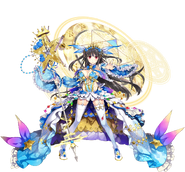 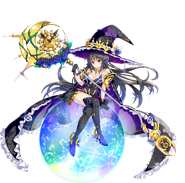 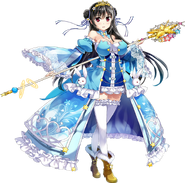 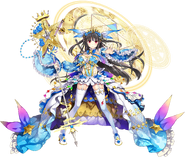 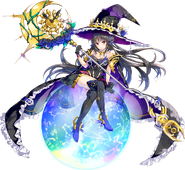