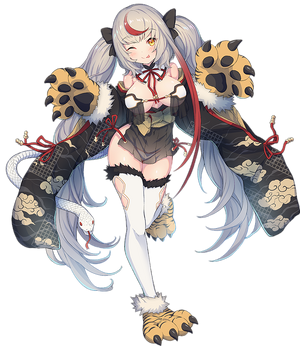 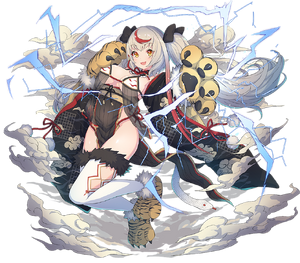 Raishoudou (雷上動, Thunder Rider) is the name of a bow possibly wielded by prominent Japanese poet Minamoto no Yorimasa in his slaying of a nue.
Wikipedia

The nue (鵺, 鵼, 恠鳥, or 奴延鳥) is a legendary Japanese yōkai or mononoke. In the Heike Monogatari, it is described as having the face of a monkey, the legs of a tiger, the body of a tanuki (Japanese raccoon dog) and the front half of a snake for a tail. In other writings nothing is stated about its torso, so it is sometimes depicted to have the torso of a tiger. The Genpei Jōsuiki describes it as having the back of a tiger, the legs of a tanuki, the tail of a fox, the head of a cat, and the torso of a chicken. Due to its appearance, it is sometimes referred to as a Japanese chimera.
Wikipedia 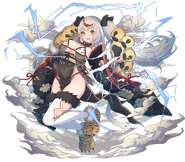 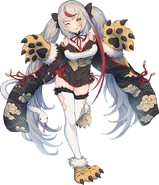 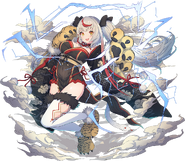