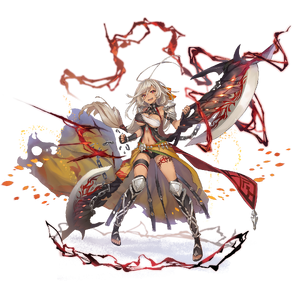 She Who Destroys Everything Tuan is a black barbarian queen.

Is named for Tuan mac Cairill, an Irish mythological figure. In Irish mythology Tuan mac Cairill was a recluse who retains his memories from his previous incarnations, going back to Antediluvian age. Initially a follower of Partholon, he alone survived the plague, or the Flood, that killed the rest of his people. Through a series of animal transformations he survived into Christian times, and, in conversation with St. Finnian of Moville told a brief history of himself and of Ireland from his people onward to the coming of St. Patrick.
Wikipedia

Mag Itha was the site of a battle between the Fomorians and the new settlers of Ireland.
Irish Mythology and Folklore 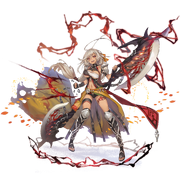 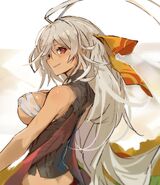