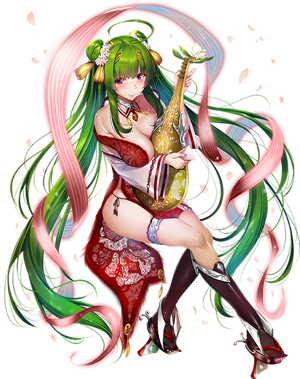 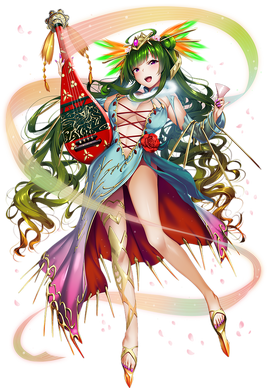 Wangfei Ren is based on the unnamed Pipa Jing (yokai of the Pipa, the Pipa is the original Chinese instrument that later evolved into the Biwa) in Investiture of the Gods. Pipa Jing is one of the yokai sisters trio that the goddess Nuwa sent to punish king Zhou. The elder sister is the nine-tailed fox yokai Daji (referenced in the game by her relationship with Daki, who is based on Daji).

She plays a minor role in the novel, only shows up a few times to assist her big sister Daji in fighting against the Xians. Later on she was killed when Taigong Wang burned the biwa where she manifested from.
Pipa Jing Chinese source 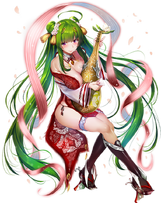 Add a photo to this gallery
Retrieved from "https://aigis.fandom.com/wiki/Wangfei_Ren?oldid=152594"
Community content is available under CC-BY-SA unless otherwise noted.