Bad Weather (悪天候), otherwise known as Weather Effects, refer to special map-based, time-limited effects that can influence the behavior of either allied units, enemies, or both.

They are distinct from terrain-based effects (e.g. Poison, which degenerates allied units' HP over time), and can be mitigated by using special classes such as Feng Shui Users.

Some classes, such as Rangers and High Cannon Masters, are completely immune to these effects. Other units may also have special abilities that make them immune to weather effects as well. Such units may even gain various advantages under the influence of bad weather.

Below are a list of various weather effects observed in Aigis so far. 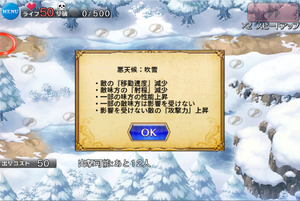 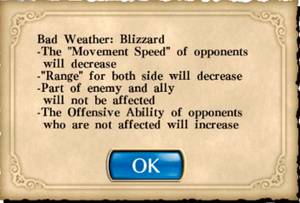 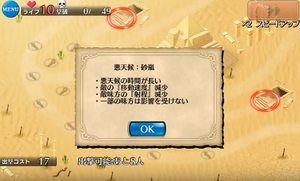 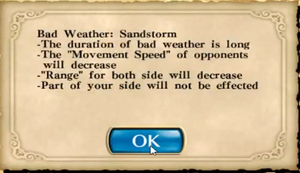 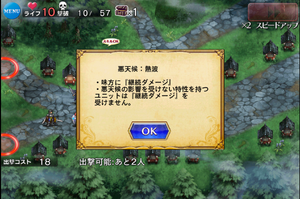 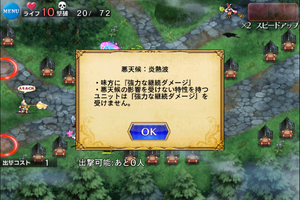